It sucks when customers churn.

It impacts your revenue.

Messes with your KPIs.

And can feel like a gut punch after you’ve tried everything to save them.

The reality is, some customers will churn. It’s a fact. But just because they leave doesn’t mean there’s no value in creating a positive offboarding experience.

My first customer success mentor instilled in me the value of creating a good customer offboarding experience. It might feel a little counterintuitive - why spend precious time and effort on the customers who are leaving you?

Here’s the thing - word of mouth and reputation are big business drivers. Chances are, you’ve thought about or implemented some kind of referral program. And as likely as customers are to refer others to a product they love using, they’re just as likely (if not more likely) to tell others about negative experiences with a company.

Depending on your business, you may also have the opportunity to win back former customers. How many times have you canceled and restarted a subscription service? Poor (or lucky??) Monday.com has seen me come and go at least 3 times. If you are confident in your product and know it solves a crucial problem for your customers, there’s a good chance that some of the customers who leave will come back down the line. 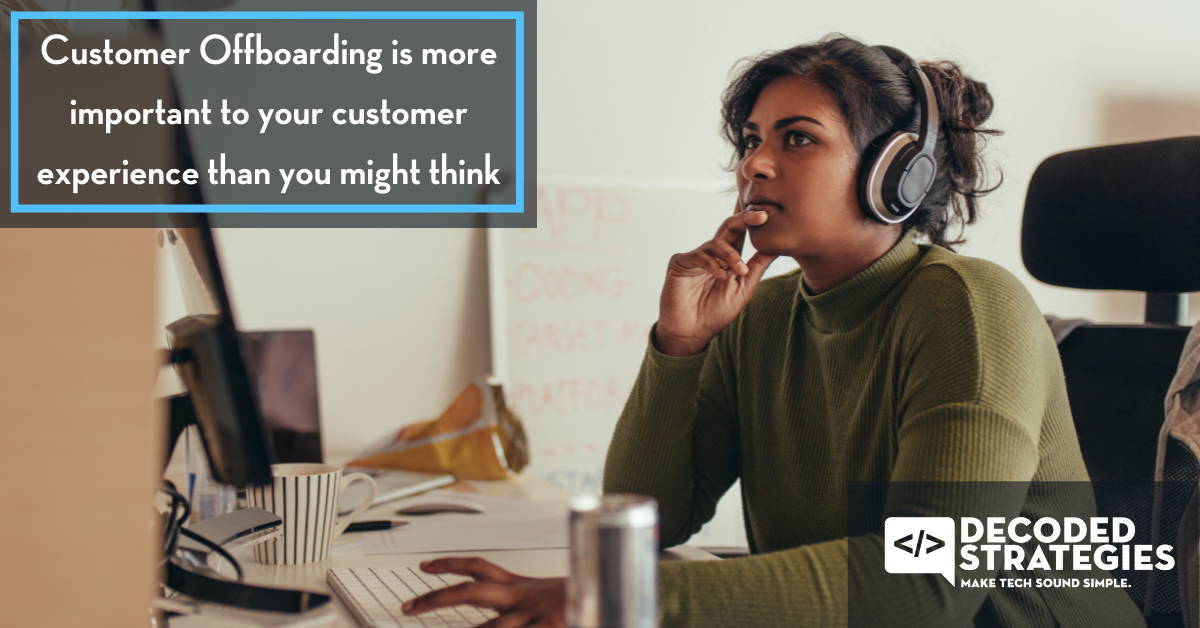 Here are 4 ways you can build an offboarding process for SMB customers that will pay dividends in the future:

Don’t make it too difficult for a customer to leave.

CSMs tend to have way too much on their plates. Even with clear KPIs, goals and quotas, CS teams often get a lot thrown their way, and it can be hard to balance it all. All of that, combined with their potential frustration or feeling of failure around churn, can make it really easy to deprioritize offboarding clients.

One of the biggest drivers in negative customer perception is when a customer feels as though they aren’t a priority. Whether true or not, after investing time and money in a product, customers often feel entitled to due attention. When trying to cancel an account, adding tons of friction to the offboarding process is the fastest way to exacerbate any problems they already have. How do you feel when you have made a decision, try to act on it and are blocked? Or worse, someone repeatedly showing up and telling you you’re making the wrong decision? This is a surefire way to sour a customer relationship.

I’ve seen companies de-prioritize the churn process to extraordinary degrees. Not allowing customers to cancel on their own. Requiring customers to get on a hard-to-schedule phone call for epic last-minute save attempts. Backlogging requests to export customer data.

Every company is different. But if you continuously delay a churn process, and make it extremely hard for a customer to take this action, it can cost you in the long run. Don’t discount the power of a really negative post in a private Facebook group. It has a way of sticking to your company’s reputation, whether you see it or not.

This will be specific to what’s feasible at your company. But I have seen companies spend time and internal resources trying to fight $20 refund requests equating to much more than $20 worth of effort. Yes, small refunds can add up - but work together with appropriate finance and ops professionals to find a balance. Is there a threshold of refund that can be pre-authorized for your CX team to provide when a customer asks? Is there a type of customer scenario that can warrant blanket approval for refund requests (think- annual renewals, requests for cancellation and refund within 1 week of the renewal)?

Coming up with a streamlined refund policy will not only appease more customers, it will streamline your internal processes and save your CX teams loads of time. And, if your policy needs to be zero refunds- then empower your CX team to hold the line. Equip them with resources, language, scripts, whatever they  need to manage customer expectations, and then back them no matter how loudly certain customers yell.

Build an easy and systemic way to ask customers for feedback on why they’re leaving. But please don’t require feedback- give customers an easy option to share why they’re leaving, but don’t let this add extra friction. As you gather feedback on why customers are leaving, this is a great opportunity to evaluate how you capture, aggregate and disseminate this information to teams around the company who could benefit. Want some insight into the best ways to categorize churn? Check out this guide to the Top 5 Churn Categories That Really Matter.

As long as you have proper opt-in and permissions, there is no reason why you shouldn’t reach back out to select customers over time with a win-back campaign. As your product grows, perhaps you’ll be a better fit for them in the future. There’s a chance if they’ve transitioned to a competitor, they may not be having a great experience. Or perhaps their needs have changed, and what caused them to leave could no longer be the case.

Do not take for granted that your former customers will keep you top of mind when they need your services again in the future. We are all constantly bombarded with sleek new technology solutions; personally, I often can’t remember most of the tools I used years ago. But the products that didn’t add friction to my offboarding process, continued to send me relevant and engaging content, and continue to communicate how they can solve my newly evolving problems are absolutely top of my mind. Don’t be shy about continuing to tell your brand story to former customers; if you do it well enough, and offer a product that solves their problems, there is always a chance they might come back.

There are a lot of great products out there that specialize in avoiding customer churn through the cancellation process. One that really stands out is Brightback, which is a product geared towards building retention offers into the churn experience. By streamlining last-minute save attempts, you might catch some of the lowest hanging fruit; but still allows customers to churn if that’s what they’re really looking to do.

No company, team or CSM ever wants to see a customer leave. But there are ways to deploy responsible save attempts without enraging your customers. Take a look at your offboarding process, and see if there’s any room to streamline it to serve your customers, while also giving every opportunity for your team to shine. 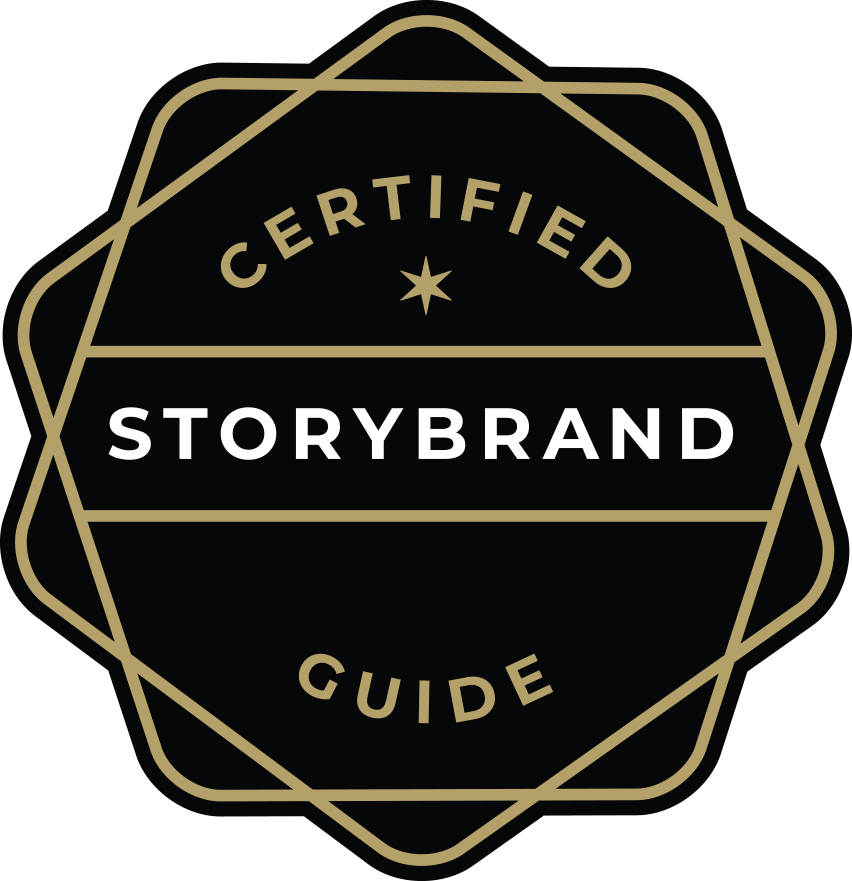 Sign up for our weekly emails to become a master of clear marketing.

5 Pillars of Customer Retention At Decoded Strategies, we know what it feels like to pour all your ...
Read More →

Why Relatability Is Essential To Your Success

Why Relatability is Essential to Your Success Rachel Hollis accidentally became a villain last week. Underneath the high ...
Read More → 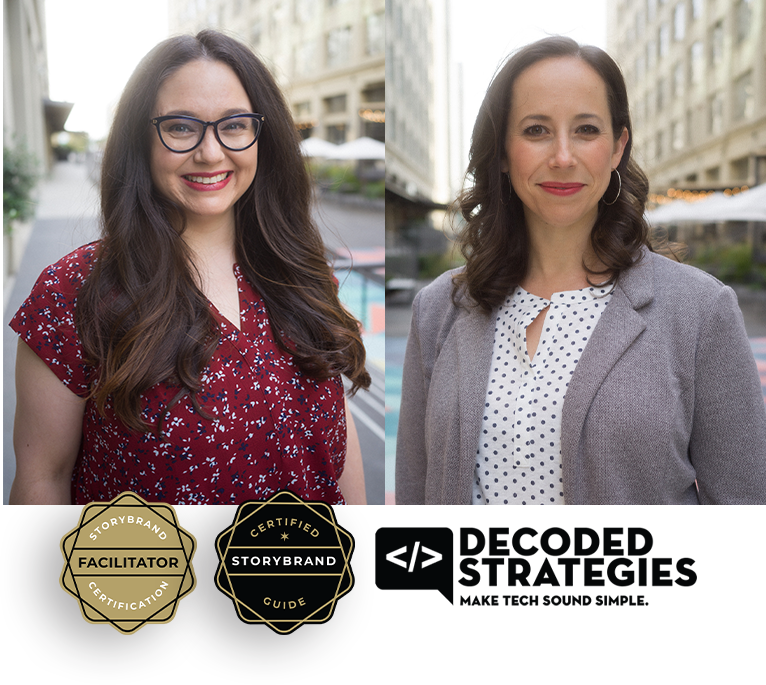 Get more customers and keep the ones you have.

Schedule a Call With Us